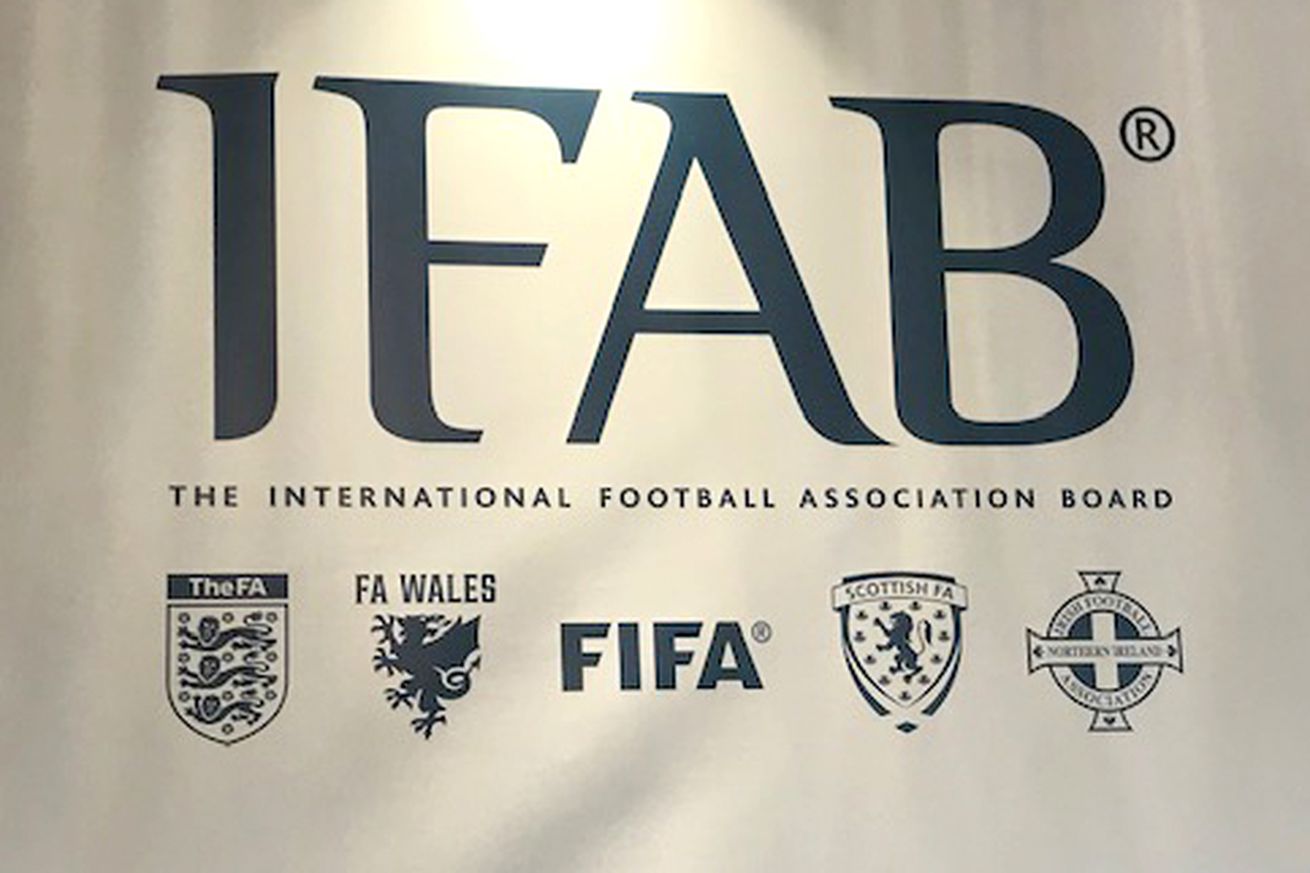 What are we arguing about when we argue about VAR?

To understand why VAR is giving so many fans a headache it’s first important to understand how the rules of the game — and the intentions behind them — intersect in ways we might not realize.

Laws of the Game: Subjective vs. Objective

There are two different types of rules in football: subjective and objective. The intensity of a tackle when it comes to serious foul play is a subjective call (people can disagree), while whether the ball touched a particular body part is an objective call (it should be factually determined yes/no based on the technology available).

The International Football Association Board (IFAB) meets annually to discuss, among other things, rule changes for the coming season. Often these changes involve simple clarity of language to make rules easier to understand and enforce, while sometimes these changes are substantial — as we’ve seen with the handball changes over the past couple of seasons.

What many might not realize, however, is that changes in the rules of the game almost always occur not to enforce some recognized “spirit of the game,” but rather to limit, as much as possible, the subjectivity involved in making certain decisions.

In the minutes to IFAB’s 133rd Annual Meeting in 2019, David Ellerary clarified the reasoning behind the change to the handball law.

“There is a desire to move away from decisions which are subjective in interpretation (e.g. when an arm is in a natural or unnatural position) and to bring clarity to when an offence is committed and to when an offence is not committed. It was accepted that handball is a significant grey area which will never be black or white and suggested that the proposal seeks to give clarity in regard to such situations.”

But Why Limit Subjectivity?

This interest in removing subjectivity is actually logical: with less subjectivity comes more consistency. When referees are asked to determine if a foul breaks the threshold for a penalty (subjective), it’s possible to have a range of valid answers supported by interpretations of the language of the rules.

In contrast, when asked to determine if the ball made contact with a specific part of the body deemed to be “handball” in specifically defined game situations (objective), there should be less variance — particularly at present, when there is a video replay to consult, slowed down to almost frame-by-frame speed.

What many fans and pundits don’t realize is that “intent” has been removed from the laws of the game whenever possible. The 2019/20 handball rules actively removed “intent” from the law: while deliberate handballs remained an offense (never forget Fernandinho’s guilty little face after he handled the ball on the goal line in the City defeat that confirmed Liverpool as champions), now accidental handballs are offenses too.

As last season’s rule change noted, a goal can’t be scored by an accidental or deliberate handball, and it is also an offense “if a player gains possession/control from their hand/arm and gains a major advantage (e.g. score or create a goal-scoring opportunity).”

Basically, if an advantage is gained by handling (deliberate or accidental), the player has committed a handball offense. To clarify what “an advantage” means, the 2020/21 changes limit the offense to “immediately” before a goal is scored/opportunity is created. Therefore “it is not an offence if, after an accidental handball, the ball travels some distance (pass or dribble) and/or there are several passes before the goal or goal-scoring opportunity).”

Unluckily for Pep Guardiola Manchester City, Trent Alexander-Arnold’s “handball” at Anfield wasn’t an offense last season, and it’s even less of one under the current rules.

The removal of “intent” is not limited to the handball rule. As Dale Johnson pointed out following the lengthy debate around Lucas Digne’s deserved red card in Everton’s defeat to Southampton, whether a player intends to harm another no longer matters in terms of the law.

It doesn’t matter if the challenge is accidental, what matters is the “force and nature of the challenge.” Unfortunately for Digne, attempting to amputate a player’s Achilles with studs is, well, forceful, regardless of intent.

Everton have no chance of winning an appeal against Lucas Digne’s red card (in my opinion).

Intent is no longer in the laws, so it doesn’t matter if accidental. All that matters is the force and nature of the challenge. Very similar to the Aboubakar Kamara red for Fulham. pic.twitter.com/9AeCEEDP2l

But Surely Intent Should Matter?

Why this concern with removing “intent”? Well, IFAB is demonstrably dedicated to limiting subjectivity whenever possible, and judging intent is a subjective quagmire: the only way to be sure of a player’s intentions is to ask them (and have them tell the truth). Beyond asking a player who in unable to lie, how could intent be determined objectively?

On Television, the “intent” of tackles is discussed at length by pundits while fans are treated to non-stop slow-motion replays of the incident with each frame dissected in search of the truth (and in search of content and contreversy to be debated).

Officials behind the laws of the game are so dedicated to the limitation of subjectivity, though, that slow-motion replays are reserved for determining objective calls to avoid slow-motion’s long-proven effect of increased perceptions of intent (incidentally, this effect is also recognized in courts of law).

Put simply, slow-motion makes challenges look worse than they are, and tricks our minds into thinking that players have more time to “premeditate” what they do in high-speed situations.

Television presenters have no such limitations, which is why crunching tackles are replayed for viewers and analyzed by pundits in slow-motion even if this distorts the reality so much that it cannot be used by referees. It gives us all much more to discuss, to be sure.

Because intent can never be factually determined, even with technological tricks, the rules of the game have been moving away from use of “intent” for years. Indeed, when discussing the handball changes in 2019/20, David Ellerary noted that the change was aligned with the underlying goals of many recent rule changes, as “the emphasis [is] being moved away from determining intent to physical outcome.”

To remove the subjective issues around intent, the focus is on outcome. Referees are less likely to make subjective errors when all they have to consider is the forcefulness of a tackle or the outcome of a handball rather than the intent behind it. Was it a dangerous tackle? Did the team set up a chance following this contact? Less room for differences of opinion means fewer subjective errors.

How Does VAR Come Into Play?

When we argue about VAR, it’s often about subjective error (“how did they not give a pen for Harry Maguire’s headlock on Cesar Azpilicueta?”) or on how tiny margins are applied (“He was offside by a toenail”).

IFAB agrees with our complaints about subjective errors: the limiting of “intent” and other moves away from subjectivity is meant to remove chances for these errors. Did Maguire unlawfully impede Azpilicueta? Yes. Pen.

Of course, these errors are exacerbated by the quality of official, so if English referees are comparably poor in quality, as social media certainly suggests, there will be more subjective errors (including process errors, like the missed review for the Pickford challenge, because poor officiating teams fail to adhere to VAR processes they should know).

The argument to be had about VAR, though, is largely about objective calls. What fans wanted was correction of drastic subjective errors (like the Maguire headlock) and missed objective ones (like when Sterling was miles onside against Manchester City in 2013/14, but saw a goal chalked off).

These complaints are very similar to those that brought in goal line technology: José Mourinho probably wishes Hawkeye could have a look at Luis García’s “ghost goal” (though if VAR were in place at the time and the goal was ruled out for not crossing the line, a correct review process would have ended with Petr Čech being sent off for a last man foul on Milan Baroš and Liverpool taking a pen, sorry José).

Unfortunately, when technology can be applied the belief is that it has to remove gray areas. Given current IFAB ideology and rule application, the idea that a naked eye would be used to judge offside (which is currently measured using 3D modelling, not even video replays) at a glance and overturn just obvious objective errors is unthinkable given the technology available. “Fair,” for VAR, is the removal of as much subjectivity as possible.

Where Do We Go From Here?

Fans who want less minutiae involved in decisions actually want to add subjectivity where officials would say it doesn’t currently exist — an argument that is a long uphill battle against current officiating beliefs. While we perhaps all would like rules to be written in the spirit of the game (“does the player gain an unsporting advantage here?”), this isn’t an argument that overlaps with IFAB’s preferred language and direction.

While I lean towards an ideal game where the laws are written and enforced based on the spirit of the game — and in the knowledge that players themselves certainly cannot adjudge margins so narrow that they arguably challenge the frame rate accuracy of VAR itself — we need to rethink our strategy if we want IFAB to take us seriously. I have no answers I’m afraid, so I, too, will continue to yell into the void (and maybe watch more football in leagues that don’t use VAR…).