A Closer Look: Everton’s Strong Start to the Season

By 9jabook in playing on October 17, 2020
Spread the love
thanks for the views we appreciate : 32 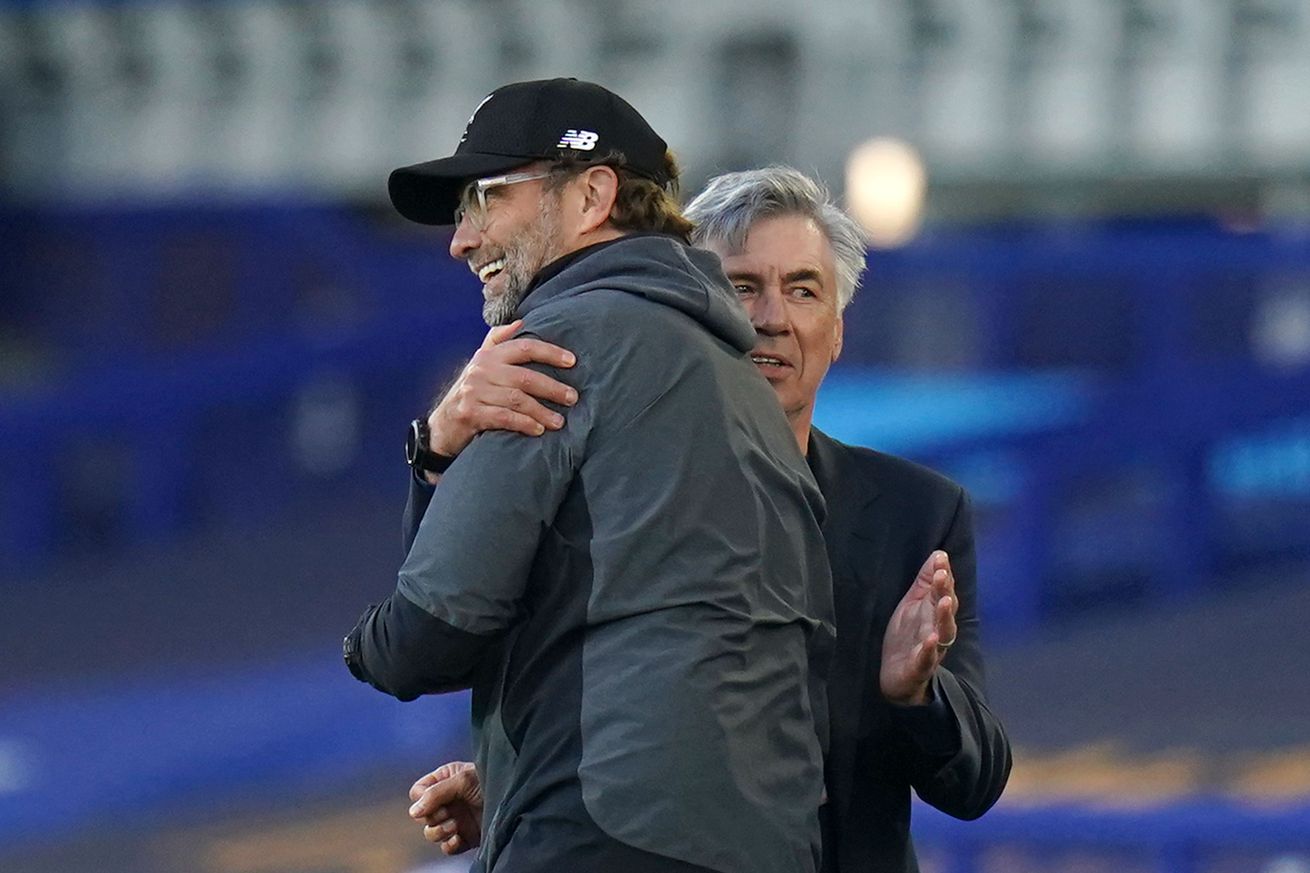 For the first time in quite some time, some have the Blues as narrow favorites against the Champions. How strong is this Everton side?

Everton have started the 2020/21 season well in the attack in both the Premier League and the Carabao Cup, with 108 shots (47 on target, and 24 goals) — shot numbers second only to Liverpool’s 137, but the Reds fall short of their neighbors where it matters: 53 of their shots have been on target, leading to just 19 goals.

What’s interesting about Everton’s attack thus far in the season, however, is the narrowness of their shot map. Though the Toffees have scored two goals from outside their opponent’s penalty box, every one of their 24 goals have come from spaces within the width of the six-yard box (in other words, focused in narrowly on the center of the pitch). Though the sample size is small (there have only been seven competitive matches played thus far this season, and only four in the Premier League), this concentration on central areas suggests manager Carlo Ancelotti has impressed upon his team the importance of good quality chances: in general, and as you might expect, expected goal (xG) models rate shots in the central areas close to the opposition’s goal as having the highest xG value.

More than xG, though (since many are skeptical of xG and the season has only just begun, so sample sizes are small), the narrow shot map suggests that this Everton side have a finely-worked offensive plan, and will be organized in their approach this weekend. They have not relied on counter attacks, instead favoring smart buildup over high-pressure, reactionary play (though certainly this is a reaction to their opponents’ approach as well). Dominic Calvert-Lewin, their leading goalscorer, is flourishing in part by finding good areas close to the opposition goal (his xG per shot in all competitions is 0.3 and 0.24 in the Premier League, incredibly high numbers suggestive of the quality spaces he has been allowed to find); Everton’s xG per shot overall is 0.19, also on the higher side. This is perhaps concerning for Liverpool, who have been allowing slightly higher-quality shots thus far this season (with the caveat, of course, that the sample size is small).

Bottom line? While Ancelotti’s Everton are far from a finished product, they’re a far more fearsome group than the squad Liverpool faced in 2019/20, as additions to the Toffees have bolstered a side already much-improved when the sides met after the COVID-forced break in the season.

So, Everton look really good, but how scared should we be?

Numbers-wise, it’s hard to know, as the Carabao Cup form is hard to compare to that of the Premier League given the squad rotation involved, and the limited number of games makes it difficult to come to any solid conclusions about Ancelotti’s side. Despite what some have said, Everton have not had a wholly easy start to the league season: while Tottenham performed poorly, Brighton and Hove Albion are no pushovers, and this season’s Crystal Palace looks to have more teeth than last season’s version.

But ignoring the desire for “analysis,” our eyes certainly tell us that the Toffees’ good results are not flattering to deceive, and this Everton side are certainly comparable, if not better, than those the Reds have faced thus far in their challenging start to the season.

As for patterns to expect, the Blues do tend to attack down their right-hand side through to the center with James Rodriguez acting as maestro, a set-up which has worked well for them. That said, if they stick to this pattern of efficiency they will be unable to target the space between Joe Gomez and Trent Alexander-Arnold, which other teams have done with some success. Against Arsenal there was no weakness in this space, largely because Naby Keïta did a fantastic job plugging the holes there — a job often handled quietly but expertly by the then-injured Jordan Henderson. A lot went wrong against Aston Villa before the break, but one of the most notable issues was the gap in this space, as the midfield and defense were disconnected, and these gaps were exploited. It goes without saying that the Reds will need to fix this for the match at Goodison.

While Liverpool’s defensive record has been spoken about at length — and for good reason — it is also worth noting that Everton have only managed two clean sheets thus far this season, both coming early on: one against a lethargic Tottenham Hotspur and the other against League Two Salford City FC in the Second Round of the Carabao Cup. Furthermore, of the goals this Everton side have conceded, only one has come late, after a match could be considered “settled” (Brighton’s Yves Bissouma scored in stoppage time in his side’s 4-2 defeat away at Goodison before the international break).

Other than this late goal, three of the eight goals Everton have conceded have come in the first half, and the other four in the in the 15 minutes following halftime; indeed, it’s worth noting that three of the five second half goals conceded have come within three minutes of the start to the second half (Robert Snodgrass scored 36 seconds after the restart in West Ham’s defeat in the Carabao Cup, making the score at that point 2-1). Though the sample size is small, this period after the restart might be worth targeting for Jürgen Klopp’s side.

Interestingly, Everton are over-performing their xG (Instat has their xG at 18 for the season thus far, in all competitions), while Liverpool, are only slightly overperforming their season xG of 16 (Liverpool have scored two penalties, while Everton have scored one). (As a side note: Last season, StatsBomb showed that Liverpool’s actual goal difference was massively skewed as the side conceded fewer goals than expected and scored around ten more than xG models predicted — while Manchester City scored and conceded as expected with models suggesting a stronger goal difference than Liverpool; the difference in these numbers is largely why Manchester City came into this season as favorites despite Liverpool’s impressive title win and the points gap between the two sides.)

What is Liverpool’s best approach, given all of this? Push for a high-intensity game, disrupting the passing rhythm and organized build-up that a lower-pressure Everton have favored thus far, concentrating on controlling the midfield and limiting James Rodriguez’s ability to connect up with Richarlison and Calvert-Lewin. On the offensive side of things? Everton’s main weakness is, as ever, Jordan Pickford, who has already conceded two more goals than predicted even at this stage in the season.