By 9jabook in playing on October 17, 2020
Spread the love
thanks for the views we appreciate : 10 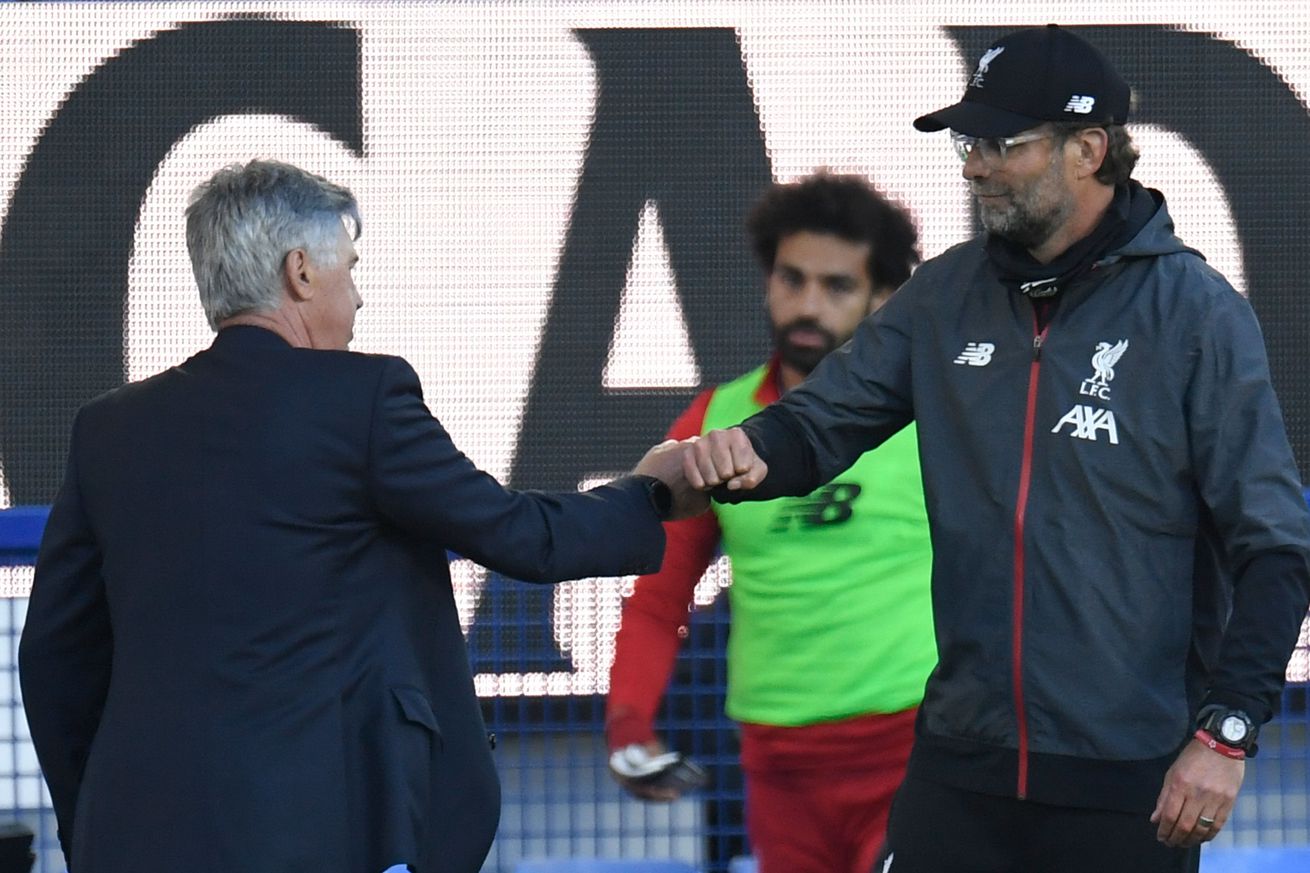 The defending Premier League champions take on a table-topping Everton in the weekend’s biggest fixture.

It has been a rollercoaster of a fortnight for football fans. From football as we know it almost changing forever—until it didn’t—to Liverpool taking a big step towards partial public ownership, the England national team looking solid for a second before looking shambles again, and club players (predictably) functioning as COVID-19 super-spreaders as they traversed the globe to play mostly meaningless international friendlies.

The return of club football this weekend is a welcome breather from the non-stop headlines, as Liverpool taking on a surprising Everton in the Merseyside derby the most exciting fixture. Galactico manager, Carlo Ancelotti has sprinkled the Blues with his unique brand of sparkle dust since arriving last December, revitalizing a chronically underachieving squad with some astute signings and allowing players the freedom to express themselves on the pitch.

The Italian has also been a thorn in Liverpool’s side in the Jürgen Klopp era, taking seven points from four Champions League group fixtures against the Reds as manager of Napoli, and frustrating his new neighbors as Everton boss in a 0-0 draw the last time these two sides met in June.

It is a record that has earned Klopp’s respect, with the Liverpool manager lauding his counterpart in the lead up to the weekend fixture:

“Top team, top manager. What I think about Carlo Ancelotti was never a secret,” the German told Premier League Productions. “I couldn’t respect him more as a person and as a coach. He’s a wonderful human being, to be honest.

“I knew from the first day when I heard that he will sign for Everton, I thought, ‘Ah, the next proper challenger in line.’

“Now I think they did perfect business in the summer. They found pretty much exactly the players they needed to improve an already pretty good football team. Together with being more used to what Carlo wants them to do makes them a pretty strong team. I’m really not surprised about the way they play.”

The Reds’ noisy neighbors have flown out of the blocks to start the campaign, winning all four of their matches to top the table and impressing with some exciting attacking football. While the early scheduling has certainly been kind, Everton’s vastly improved performances will make the derby a true contest for the first time in some time, with Saturday’s lunchtime kickoff making it 10 years to the day since the Blues last won in this most crucial of fixtures.

Klopp acknowledged that the Everton threat is more significant this time around, but insisted that his side will be equal to the task:

“Of course, it’s different but in the end, that’s one thing. It’s what you think in the morning of a derby day but then during the day you have to make sure that you do the right things again because the pure football things are not different to other games,” Klopp continued.

“[Recent fixtures] were not highest quality—neither Everton or us played their best football in these games. But I think we still should give it a try. The home games for us were obviously different so far but they were difficult anyway as well.”