Spread the love
thanks for the views we appreciate : 208 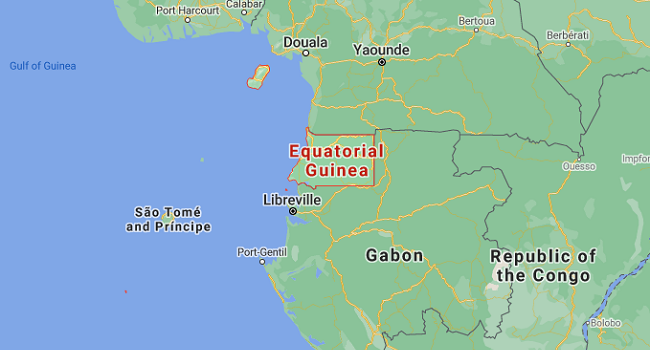 At least 20 people were killed and hundreds injured after four accidental explosions ripped through a military camp in Equatorial Guinea and obliterated neighbouring residential areas.

Footage broadcast by the TVGE channel showed buildings burned and flattened in a wide radius around the Nkoa Ntoma camp in the economic capital Bata, with a thick plume of black smoke rising into the sky.

Children and adults were seen being pulled from the rubble. There were chaotic scenes at the hospital in Bata, with the wounded lying on the floor awaiting treatment.

The health ministry warned in a tweet that many residents could still be buried under the wreckage.

President Teodoro Obiang Nguema said the accident had occurred after local farmers allowed a fire in the area to burn out of control, setting alight explosives that had been badly stored by soldiers at the military camp.

“The city of Bata has been the victim of an accident caused by the negligence of the unit in charge of storing explosives, dynamite and ammunition at the Nkoa Ntoma military camp,” Obi ang Nguema said in a statement.

“These caught fire due to stubble-burning by farmers in their fields which ultimately made these depots explode in succession.”

The defence ministry put the death toll at least 20, with some 600 people injured.

The “high calibre” explosives set off by the fire caused “shockwaves” which razed many houses to the ground, the ministry added.

The disaster comes at an already difficult time for Equatorial Guinea, “due to the economic crisis caused by falling petrol prices, and the Covid-19 pandemic”, he said.

Bata is the largest city in the oil and gas-rich central African nation, with around 800,000 of the nation’s 1.4 million population living there — most of them in poverty.

While Bata sits on the mainland, the capital Malabo is on Bioko, one of the country’s islands off the west African coast. Telephone communication between the two cities was virtually cut off for several hours after the explosions.

Spain, the former colonial power, urged its citizens via its Malabo embassy to stay at home following the blasts.

The Nkoa Ntoma camp, where the explosions struck in the early afternoon, houses among others elements of the army’s special forces and the paramilitary gendarmerie.

The president’s jet-setting son Teodoro Nguema Obiang Mangue, vice president with responsibility for defence and security, appeared in television footage at the scene inspecting the damage, accompanied by his Israeli bodyguards.

Teodorin, as he is known, is increasingly seen as the president’s designated successor.

Equatorial Guinea has been ruled by 78-year-old Obiang Nguema for 42 years, making him the world’s longest-serving sitting president.

The authoritarian leader has seen off at least half a dozen assassination or coup attempts to become Africa’s longest-serving leader.

Trusted by Thousands of Online Entrepreneurs Across The Globe DOTIFI.COM Trusted Software You can rely on our software to get you results as an online marketer. Many of our customers buy lots of our products. We think that says is all! Easy To Use We understand that not everyone who want to give affiliate marketing a go is a technical genius. We are here to help. Dedicated Support Great customer support is something we take pride in. You can trust us to be there for you whenever you need help.