Spread the love
thanks for the views we appreciate : 13 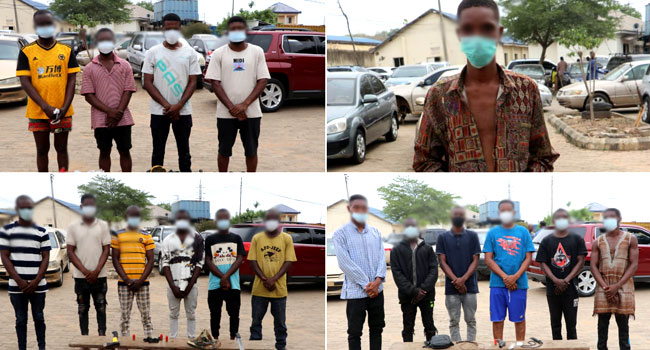 Police in the nation’s capital have arrested seventeen suspects for cultism along Gwagwalada, Gwagwa, Lugbe, and Kurudma axis.

The command’s spokesperson, Mariam Yusuf, in a statement explained that the suspects were arrested by the anti-cultism unit during raids and patrols between April 5 to 9th, 2021.

Mrs. Yusuf says the suspects confessed to being members of Vikings and Aro Baga confraternities terrorizing the stipulated areas.

Locally made pistols, live ammunition, cartridges, knives chains, axes, cutlasses, wraps of dried leaves suspected to be Indian hemp, and charms were recovered from the suspects.

The police spokesperson stated that all the suspects will be arraigned in court after an investigation has been concluded.

She appealed to residents, urging them to report all suspicious activities to the police.