Spread the love
thanks for the views we appreciate : 11

There was mild drama on Monday morning as security officials locked the gate of the National Assembly and refused to allow members of the Nigerian Bar Association (NBA) to gain entrance.

The lawyers are on a peaceful march in solidarity with judiciary workers who are protesting financial autonomy.

They had earlier converged at the Court of Appeal gate before proceeding to the National Assembly in their numbers, to register their demands.

Security officials upon sighting the lawyers in their vehicles locked up the two gates to National Assembly.

“People like you can’t just be in the National Assembly…” one of the security officers told the lawyers. 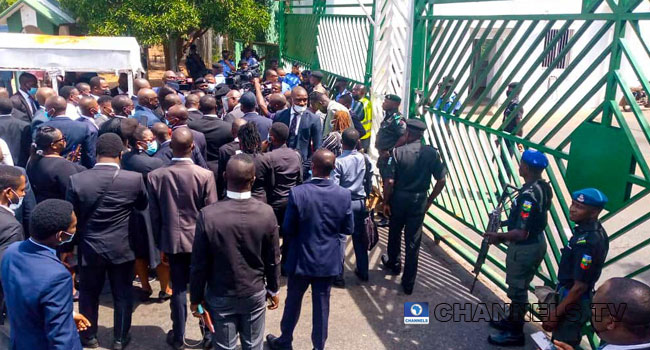 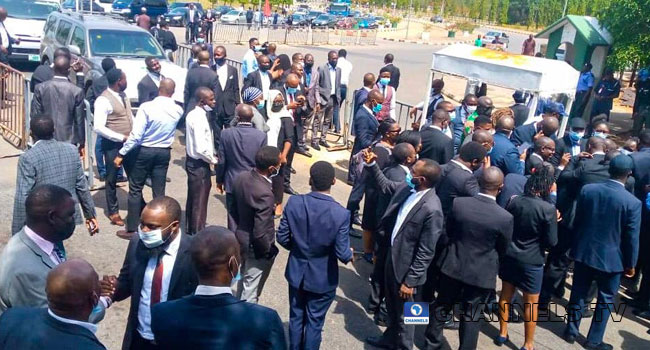 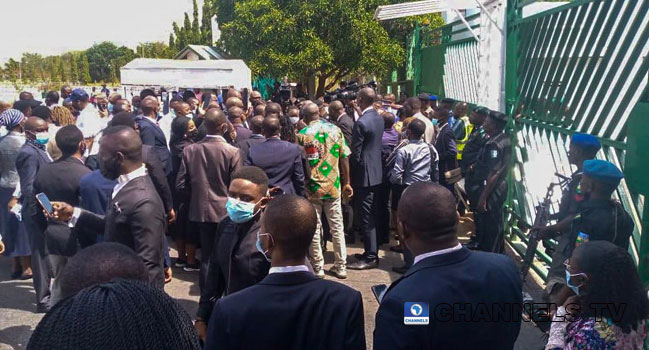 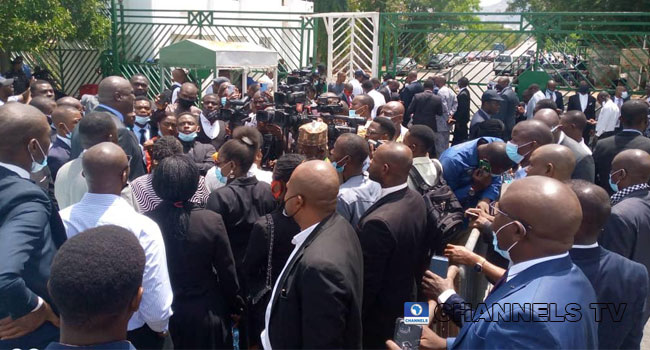